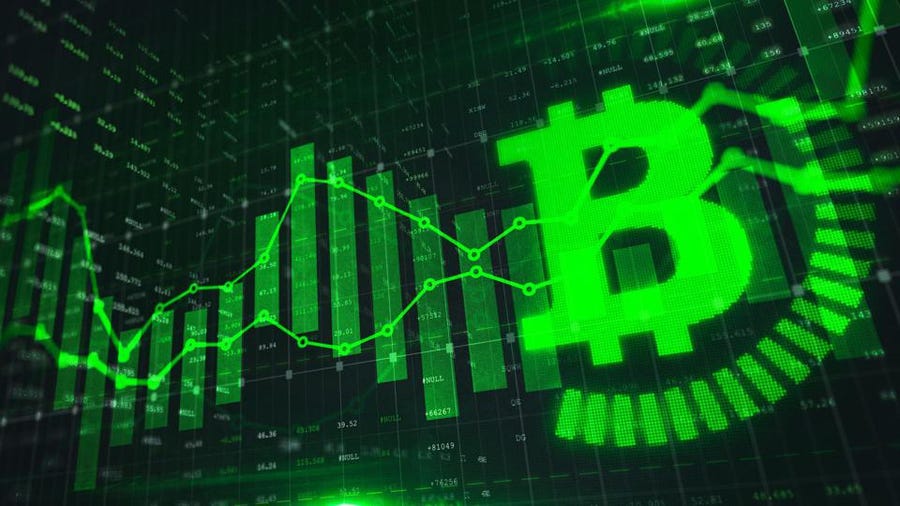 Bitcoin hit a new record high yesterday, reaching above $19,000 for the first time in months. Some people are wondering if this means we’re finally seeing the end of bitcoin’s bear market. But how does bitcoin work and what do these price fluctuations mean? Here’s everything you need to know about why bitcoin is rising again – and whether it can keep going up in value.

The surge in bitcoin value seems to have been fueled by a number of factors, including central banks around the world cutting interest rates

It’s worth noting that Bitcoin is viewed as a safe haven investment in times of economic uncertainty and quantitative easing (QE). As such, its value tends to increase during these periods. It’s hard to pinpoint a reason for the price spike, but some are speculating one of the main drivers is because The Fed and other central banks have been raising interest rates over the past year or so in an effort to tame soaring inflation, in moves that forced stocks and cryptocurrencies sharply lower in 2022. But now, the hope is that the U.S. central bank will cut rates, taking some pressure off risk assets, thus causing a price run up in the past couple of days, although it seems to have slowed down some as of this writing.

The upshot of this is that real interest rates have been low in aggregate with nominal rates well below inflation; this means savers are penalized for holding onto their money as it loses value when adjusted for inflation

Even though bitcoin has made headlines because of its surge in price, the underlying technology behind cryptocurrency makes it useful beyond just a store of value or speculative investment. Many experts believe blockchain will revolutionize everything from banking and finance to supply chain management and data security.

It’s also interesting to note that investors are not putting their money into gold, which is traditionally viewed as a ‘safe haven’ investment during times of certain economic uncertainty.

Gold is a traditional safe haven investment and has been for centuries. However, investors are not buying gold today because they do not view it as a good store of wealth and high levels of uncertainty. Instead, they are investing in bitcoin—a digital currency that’s not backed by any government or central bank.

The reason why investors are not putting their money into gold is because they don’t see it as a good long-term investment. Gold was traditionally viewed as a hedge against inflation and risky investments, but now people view bitcoin as an alternative store of value (i.e., something that fluctuates in price less than other assets). In other words: if you buy $1 worth of gold today, you will still have $1 worth tomorrow; however if you buy $1 worth of bitcoins today, you could potentially have more than $10 worth tomorrow.

Instead, some investors are turning to riskier assets such as bitcoin, which is themselves a form of investment insurance against governments that print more money in response to economic shocks. This is why gold and bitcoin (and other cryptos) tend to pump at the same time.

Bitcoin surged yesterday past $19,000 for the first time since November 2022, but what happens next?

Bitcoin is a risky asset. It’s highly volatile, and its value can swing up or down by thousands of dollars in mere hours. Bitcoin has been rising for months now, but it had been on a downward slide since November 2022 when it reached a high of $19,000 per unit.

The latest uptick comes after updates from several major companies in the sector: Square added support for buying and selling bitcoin through its Cash app; Coinbase announced it would be adding five new cryptocurrencies to its platform; Facebook said it would allow ads promoting cryptocurrency products and services—but only if those ads were approved by the company’s ad policy team first.