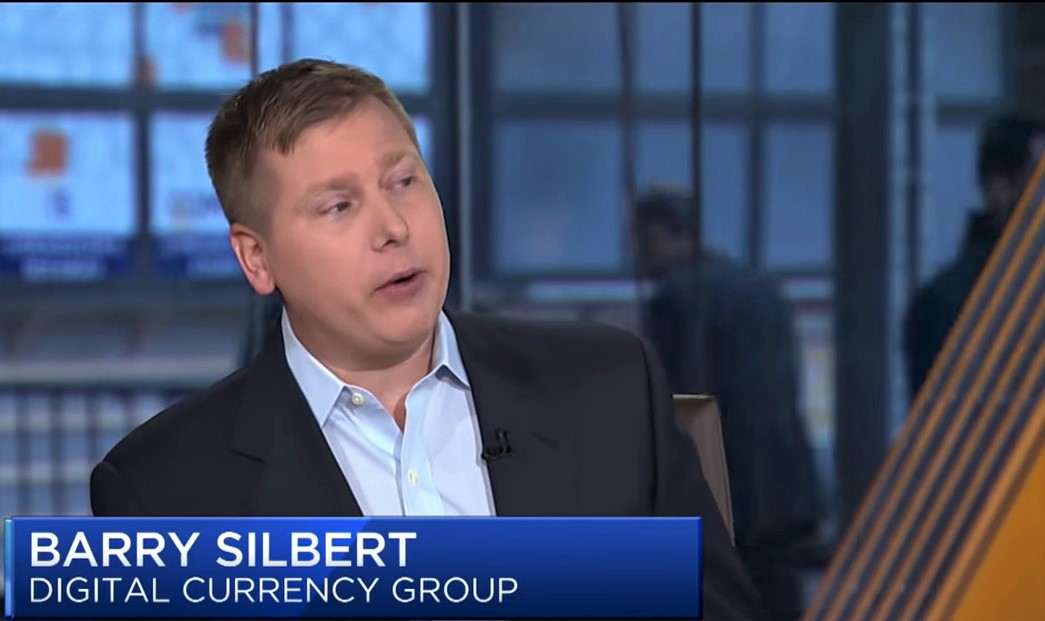 It seems that 2023 continues with it’s rollercoaster of emotions and drama as the Gemini exchange and Digital Currency Group (DCG)/Barry Silbert fiasco seems to have elevated. Back at the start of the year, Cameron Winklevoss from the Gemini crypto exchange sent an open letter to Barry Silbert of DCG, outlining how Barry and his companies and subsidiaries have absconded with nearly a billion dollars of their customer funds. Now, Cameron is back again, with a second open letter to Barry. Things are heating up, but what does this mean for the crypto ecosystem?

Below is the letter, which is 4 pages. I have also included the original images below in their entirety.

An Open Letter to the Board of Digital Currency Group

I am writing to let you know that Gemini and more than 340,000 Earn users have been
defrauded by Genesis Global Capital, LLC (Genesis), together with its parent company Digital
Currency Group, Inc. (DCG), its founder and CEO Barry Silbert, and other key personnel. These
parties conspired to make false statements and misrepresentations to Gemini, Earn users, other
lenders, and the public at large about the solvency and financial health of Genesis. They did so
in an effort to mislead lenders into believing that DCG had absorbed massive losses that
Genesis incurred from the Three Arrows Capital Ltd. (AC) collapse and induce lenders to
continue making loans to Genesis. By lying, they hoped to buy time to dig themselves out of the
hole they created.

Here’s what happened. We are learning more by the day, but at present, the basic events as
we understand them are as follows: Genesis lent $2.36 billion of assets to 3AC, a
Singapore-based hedge fund that went belly up in June 2022. After collateral was liquidated,
Genesis indicated that it was left with a loss of at least $1.2 billion. At this point, Barry Silbert
had two legitimate options: restructure the Genesis loan book (inside or outside of bankruptcy
court) or fill the $1.2 billion hole. He did neither.

At that point in time, the Genesis loan book was approximately $8 billion, which means that the
$1.2 billion loss from 3AC would account for roughly 15% of the loan book’s assets. A
restructuring then could have addressed this shortfall to achieve a full recovery of assets for all
lenders — including Earn users — in a short amount of time and given them direct access to
liquidity. But Barry chose not to do this. He also chose not to fill the $1.2 billion hole. Instead, he
pretended to.

Beginning in early July 2022, Barry, DCG, and Genesis embarked on a carefully crafted
campaign of lies to make Gemini, Earn users, and other lenders believe that DCG had injected
$1.2 billion of actual support into Genesis.

“DCG has assumed certain liabilities of Genesis related to [3AC] to ensure we have the
capital to operate and scale our business for the long-term.”

This statement was false and misleading. In reality, DCG had not ensured that Genesis had the
capital to operate. In fact, DCG hadn’t given Genesis so much as a penny of actual funding to
make up for the 3AC losses. Instead, DCG entered into a 10-year promissory note with Genesis
at an interest rate of 1% — due in 2032. This note was a complete gimmick that did nothing to
improve Genesis’s immediate liquidity position or make its balance sheet solvent (more on this
later). And even though DCG was tagged in Moro’s tweet, no one from DCG, including Barry,
bothered to correct his misstatement.

Private lies. Behind the scenes, multiple Genesis and DGG personnel began doubling down
with more lies. For example, on the same day as Moro’s tweet (July 6th), Matthew Ballensweig,
Genesis’s then-Head of Trading and Lending, emailed a document titled “Three Arrows
Post-Mortem” to multiple Gemini employees, who were responsible for managing aspects of the
Earn program. The section of this document labeled “Key Facts,” stated:

“Losses predominantly absorbed by and netted against DCG balance sheet, leaving
Genesis with adequate capitalization to continue [Business As Usual].”

This statement was false and misleading. In fact, DCG had not “absorbed” the 3AC losses on its
balance sheet. Doing so would have required DCG to inject real-time support into Genesis. And
the DCG promissory note did not, as I’ll explain below, leave Genesis with adequate
capitalization on its balance sheet to continue business as usual.

Accounting fraud. This lie was perpetuated by a document titled “Gemini Risk Metric Request”
that Ballensweig attached to the same email correspondence with Gemini employees. The
“Financial Position per Asset” section of this document contained what we have since
discovered to be at least two critical misrepresentations: (1) it characterized the DCG
promissory note as a “Current Asset” (within a sub-category labeled “Other Assets”) and (2) it
valued it at $1.1 billion.

First, as a matter of generally accepted accounting principles — and common understanding —
a “current asset” refers to cash, cash equivalents, or other assets that can be exchanged into
cash within one year. A promissory note with a principal repayment due in 10 years falls outside
the definition of a “current asset” by a country mile.

Second, there is no market on earth that would value an unsecured long-dated promissory note
at face value. The net present value of this note would be heavily discounted (approximately
70%) to reflect its value as of today (perhaps $300 million).

The improper accounting in the “Gemini Risk Metric Request” document also existed in the
Genesis balance sheet (as of June 30, 2022) that Ballensweig included in the same July 6th
email. These misrepresentations (repeated in many documents sent to Gemini and other
lenders over the following months) were a sleight of hand designed to make it appear as if
Genesis was solvent and able to meet its obligations to lenders, without DCG actually
committing to the financial support necessary to make this true. DCG wanted to have its cake
and eat it too. And Barry and DCG might have gotten away with it, if not for the FTX collapse.

How did we get here? Greed. As a standalone business, it’s inconceivable that Genesis would
have lent so much money to 3AC given the low quality of the collateral that 3AC posted.
Genesis made these loans because it was one piece of a much larger scheme designed to
enrich the greater DCG enterprise. More specifically, Genesis was willing to recklessly lend to
3AC because 3AC was using the money for the kamikaze Grayscale net asset value (NAV)

trade — a recursive trade’ that ballooned the AUM of the Grayscale Bitcoin Trust (ticker: GBTC)
and, as a consequence, the fees earned by its sponsor, Grayscale Investments, LLC
(Grayscale), a wholly owned subsidiary of DCG.

Genesis booked these interactions with 3AC as bona fide, collateralized loans. It is becoming
clear, however, that this was not the case at all. In reality, 3AC was acting as a mere conduit for
Genesis, allowing it to enter into what were effectively swap transactions of bitcoin for GBTC.
shares with the Grayscale Trust. In this transaction, Genesis was betting that shares would be
worth more than bitcoin in the future. The 3AC “loan” was the bitcoin leg of the swap and the
3AC “collateral” was the GBTC leg of the swap. 3AC was a mule shuttling the assets between
the parties, and as a result Genesis ended up owning massive risk.

Up until 2021, Genesis won this zero-sum trade because the GBTC shares were worth more
than bitcoin. Starting in 2021, however, Genesis lost this trade because the shares were worth
less than bitcoin. Normally, all things being equal, the gains and losses would cancel each other
out. There is no free lunch. In other words, Genesis would participate in both the wins and
losses. Astonishingly, however, it appears that Genesis never participated in the wins because it
apparently always ceded them — the GBTC share premium — to 3AC. This meant that Genesis
only participated in the losses, turning what would otherwise have been a zero-sum trade into a
negative-sum trade. Crazy town.

Disturbingly, not only did Genesis not close out 3AC’s position when the NAV trade inverted
(something any rational, independently operated business would have done), it continued to
lend to 3AC on attractive terms and accept GBTC as collateral. For Grayscale, this had the
desired effect of keeping GBTC shares from being sold into the market, which would have
depressed the share price and further widened the discount to NAV. But for Genesis, this had
the undesired effect of keeping its risk position open and allowing it to grow.

Why would Genesis enter into a toxic risk position where the best it could do was not lose
money? Things only begin to make sense when you realize that the bitcoin this swap was
stuffing into the Grayscale Trust like a Thanksgiving turkey is stuck there forever. It can never be
redeemed (or at least until Grayscale, in its sole discretion, decides to implement a redemption
program allowing GBTC shares to be converted back into bitcoin). As a result, Barry was
comfortable with Genesis loading up more and more on this toxic trade because it was a gambit

‘This is how it worked in its original form. 3AC borrowed from Genesis to create shares in the Grayscale
Bitcoin Trust — shares that were trading at a premium to the NAV of the Trust. 3AC then turned around
and posted these same GBTC shares with Genesis as collateral to borrow more to rinse and repeat.
When the 12-month (later on, 6-month) lock-up expired for a given tranche of GBTC shares, 3AC was
able to sell them and collect the premium.

This worked until it didn’t. In early 2021, GBTC shares started trading at a discount to NAV — a discount
that has persisted and widened ever since. This not only killed the NAV trade but also meant that the
GBTC collateral posted by 3AC at Genesis was degrading, further exacerbating the collateralization of the
3AC loans.

to feed the Grayscale Trust — Barry’s financial Hotel California that would print money for the
DCG universe in perpetuity. The end would justify the means.

Original Accounting Fraud. Instead of booking these swaps as the risky derivatives that they
were, Genesis hid them by mischaracterizing the first and last legs of these swaps transactions
as collateralized loans on its balance sheet. This made the Genesis balance sheet appear
healthier than it actually was, fraudulently inducing lenders to continue making loans.

In June 2022, the music stopped. 3AC collapsed, laying bare the poisonous fruits of this
radioactive trade. Instead of stepping up to solve this self-created problem, and despite having
earned more than a billion dollars in fees — all at the expense of Genesis lenders — Barry
refused to take responsibility. Instead, he resorted to committing fraud to protect his ill-gotten
gains.

The Path Forward. For all the reasons mentioned above, there is no path forward as long as
Barry Silbert remains CEO of DCG. He has proven himself unfit to run DCG and unwilling and
unable to find a resolution with creditors that is both fair and reasonable. As a result, Gemini,
acting on behalf of 340,000 Earn users, requests that the Board remove Barry Silbert as CEO,
effective immediately, and install a new CEO, who will right the wrongs that occurred under
Barry’s watch. Genesis lenders, including Earn users, have been seriously harmed and deserve
a resolution for the recovery of their assets. | am confident that with new management at DCG,
we can all work together to achieve a positive, out-of-court solution that will provide a win-win
outcome for all, including DCG shareholders.

This is another desperate and unconstructive publicity stunt from @cameron to deflect blame from himself and Gemini, who are solely responsible for operating Gemini Earn and marketing the program to its customers.