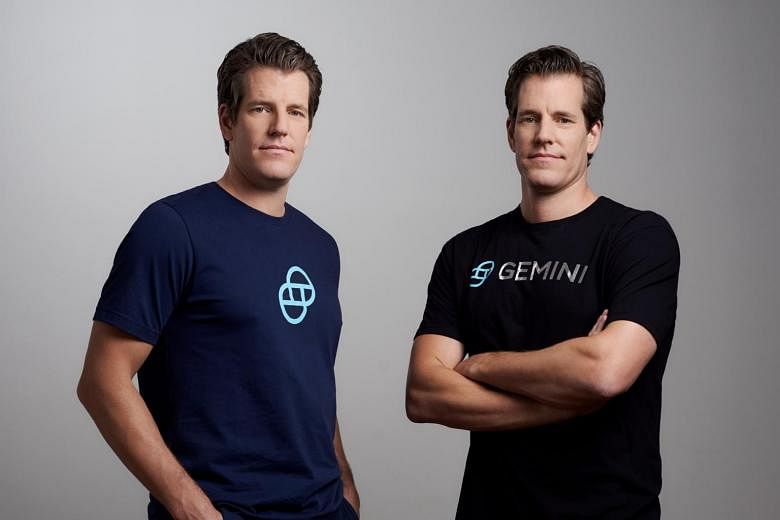 It seems 2023 is already off to a crazy start, which is not unheard of when it comes to crypto. So grab your popcorn, because this is getting juicy. The backstory is that for months, since November 2022, Gemini has halted their yeild “Gemini Earn” program where they lent out millions to their partner Genesis. Genesis is owned and operated by Barry Silbert and Digital Currency Group. As DCG was caught up in the FTX Sam Bankman-Fried scandal, they have lost funds and owe the Winklevoss Twins and their crypto exchange Gemini a lot of money that is due to their customers. Whew – that’s a lot to take in, but that’s the deal.

An Open Letter to Barry Silbert

In an open letter penned by Cameron Winklevoss today to Barry Silbert, he wrote that he is demanding resolution to this issue and that Genesis/DCG return the nearly billion dollars in customer funds so that Gemini can make their lending customers whole again. Here is the letter in full, which was posted to Twitter earlier.

Barry — today marks 47 days since Genesis halted withdrawals. I am writing on behalf of more
than 340,000 Earn users who are looking for answers. These users aren’t just numbers on a
spreadsheet, they are real people. A single mom who lent her son’s education money to you. A
father who lent his son’s bar mitzvah money to you. A husband and wife who lent their life
savings to you. A school teacher who lent his children’s college funds to you. A policeman, and
so many more. All together, these people entrusted more than $900 million of their assets to
you. They deserve concrete answers and we are here to get them.

For the past six weeks, we have done everything we can to engage with you in a good faith and
collaborative manner in order to reach a consensual resolution for you to pay back the $900
million that you owe, while helping you preserve your business. We appreciate that there are
startup costs to any restructuring, and at times things don’t go as fast as we would all like.
However, it is now becoming clear that you have been engaging in bad faith stall tactics.

For example, on December 2nd we expressed our belief “that getting everyone in a room
together as soon as possible will be the most productive path towards reaching a resolution.”
You agreed, but stated you would only do so after there was a proposal on the table. On
December 17th, a proposal was delivered to you. On December 25th, Christmas Day, an
updated version of this proposal was delivered to you. Despite this, you continue to refuse to get
into a room with us to hash out a resolution. In addition, you continue to refuse to agree to a
timeline with key milestones. Every time we ask you for tangible engagement, you hide behind
lawyers, investment bankers, and process. After six weeks, your behavior is not only completely
unacceptable, it is unconscionable.

The idea in your head that you can quietly hide in your ivory tower and that this will all just
magically go away, or that this is someone else’s problem, is pure fantasy. To be clear, this mess
is entirely of your own making. Digital Currency Group (DCG) — of which you are the founder
and CEO — owes Genesis (its wholly owned subsidiary) ~$1.675 billion. This is money that
Genesis owes to Earn users and other creditors. You took this money — the money of
schoolteachers — to fuel greedy share buybacks, illiquid venture investments, and kamikaze
Grayscale NAV trades that ballooned the fee-generating AUM of your Trust; all at the expense
of creditors and all for your own personal gain. It is now time for you to take responsibility for this
and do the right thing.

It’s not lost on us that you started your career as a bankruptcy restructuring associate. And it’s
not lost on us that you’ve been working desperately to try and firewall DCG from the problems
that you created at Genesis. You should dispense with this fiction because we all know what you
know — that DCG and Genesis are beyond commingled. Everyone takes orders from you and
always has. And anything you have done after the fact to pretend otherwise, won’t hold up. If
instead, you had put all of this energy towards finding a resolution, we would have been done by
now. Everyone would be in a better place, including you.

Earn users are tired. They’re scared. Many are now in dire straits. And yet despite all that they
have had to endure, they have been remarkably patient and supportive. But there is only so
much more they can take. They deserve a resolution for a recovery of the assets they lent to
you and an end to this nightmare. To that end, and for the final time, we are asking you to
publicly commit to working together to solve this problem by January 8th, 2023. We remain
ready and willing to work with you, but time is running out.

Well, what is the Digital Currency Group (DCG) anyways?

Digital Currency Group (DCG) is a venture capital firm that focuses on investing in and building businesses in the digital currency and blockchain industry. DCG was founded in 2015 by Barry Silbert, who is also the CEO. The company is based in New York City. DCG has made investments in a wide range of digital currency and blockchain companies, including Coinbase, Circle, BitGo, and Chainalysis. In addition to investing in these companies, DCG also provides support to its portfolio companies through its in-house team of experts in areas such as engineering, marketing, and business development.

DCG also operates a number of subsidiaries, including Grayscale Investments, a digital asset management firm, and Genesis Trading, a digital currency trading firm. DCG has also launched a number of industry-focused events and initiatives, such as the Bitcoin Investment Trust, a publicly traded investment vehicle that holds bitcoin, and the Blockchain Alliance, a non-profit organization that works with law enforcement agencies to combat criminal activity in the blockchain industry.

With it’s work with Genesis Trading, DCG has offered a crypto “lending” program where they offer yield or returns on customer funds that are lent to them, and in turn used in the market for other investments. Crypto exchanges such as Gemini work with Genesis and DCG to offer their own lending programs to their exchange customers.

Who is Barry Silbert?

Barry Silbert is the founder and CEO of Digital Currency Group (DCG), a venture capital firm that focuses on investing in and building businesses in the digital currency and blockchain industry. He is also the founder and CEO of Grayscale Investments, a digital asset management firm that is a subsidiary of DCG. Silbert is a well-known figure in the digital currency and blockchain industry, and he has played a significant role in driving the growth and development of these technologies. He has been involved in the industry since the early days of bitcoin, and he has helped to build a number of successful companies in the space.

In addition to his work with DCG and Grayscale, Silbert has also launched a number of industry-focused events and initiatives, such as the Bitcoin Investment Trust, a publicly traded investment vehicle that holds bitcoin, and the Blockchain Alliance, a non-profit organization that works with law enforcement agencies to combat criminal activity in the blockchain industry. Silbert is a graduate of the University of Pennsylvania, where he received a Bachelor’s degree in Economics. He is a regular speaker at industry events and has been featured in numerous media outlets, including Forbes, Bloomberg, and CNBC.