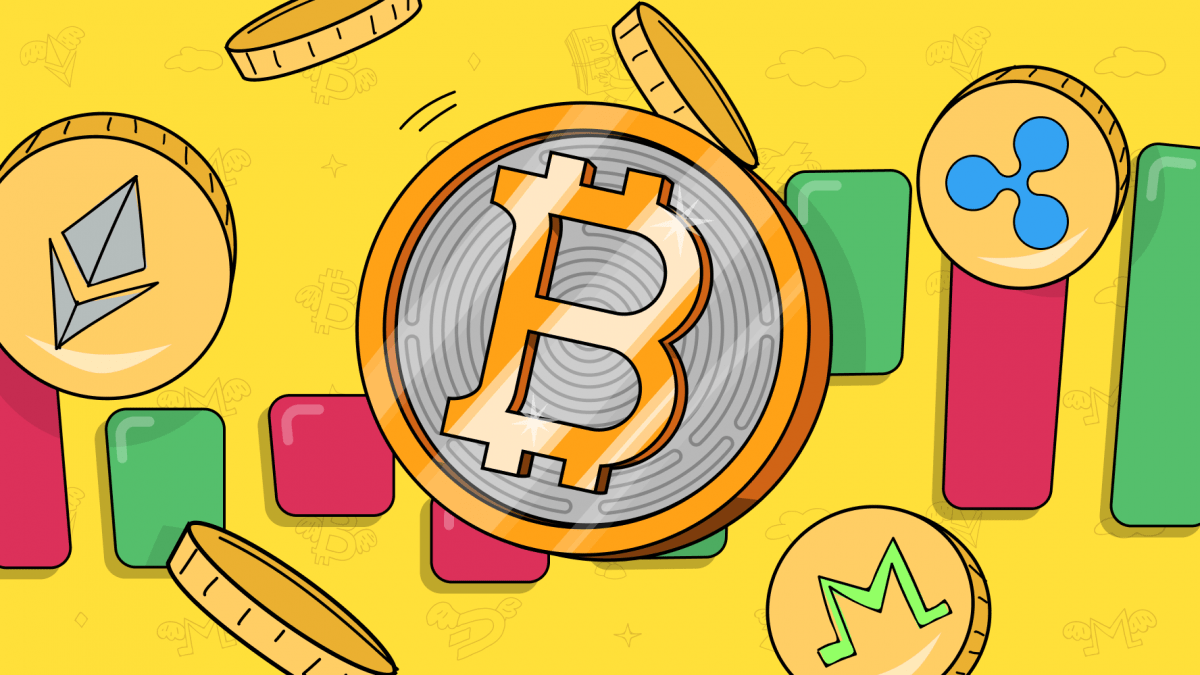 As of Monday morning bitcoin is up 9.24% in the past week, hitting $23K according to CoinMarketCap. Ethereum is also up about 4.5% in the past few days as well, but with some others performing even better. Let’s take a look at some of the top performers this past week which we recommend you keep an eye on.

AXS is the top performing crypto in the past week hitting nearly a 40% increase, currently sitting at $12.36 per coin. Axie Infinity (AXS) is a cryptocurrency that is used as the in-game currency for the Axie Infinity game, which is a blockchain-based virtual world where players can buy, breed, and battle fantasy creatures called Axies. Players can also earn AXS by participating in the game’s economy and by participating in governance decisions for the game’s ecosystem. AXS can also be traded on various cryptocurrency exchanges giving it a market value that can be bought and sold in the open market. Blockchain games are a hot sector when it comes to crypto, especially with AI coming along, this is certainly a top coin to watch out.

NEAR Protocol is a blockchain platform that aims to make it easy for developers to build decentralized applications (dApps). It is designed to be a more efficient and user-friendly alternative to existing blockchain platforms like Ethereum. In layman’s terms, NEAR is like a digital playground where developers can create new online games, apps and services that are secured and run by a network of computers instead of a central company. It is like a digital “neighborhood” where users can interact with each other and with the apps, and the network of computers makes sure that everything runs smoothly and securely. NEAR is faster, cheaper and more energy-efficient than other blockchain platforms, which allows for more complex and interactive applications to be built on top of it. It also has a built-in governance system that allows users to vote on changes to the platform.

Filecoin is a decentralized storage network that aims to provide a more secure and affordable way to store files and data. It uses a blockchain-based system to connect users who need storage space with people and organizations who have extra space on their computers or servers. In layman’s terms, Filecoin is like a digital storage locker where you can keep your files, videos and photos. However, instead of renting storage space from a big company like Google or Amazon, you can rent space from other people or organizations who have extra space on their own computers. The blockchain technology that Filecoin uses makes sure that your files are safe and secure, and that you are paying a fair price for the storage space you are using.

Filecoin also has a built-in market mechanism that allows users to bid on storage space, which helps to ensure that the price of storage stays low. And, it also allows for miners to earn tokens by providing their storage space to the network, incentivizing more storage providers to join the network.

Basic Attention Token (BAT) is a cryptocurrency that is used to reward users and publishers for their attention and engagement on the web. It is used within the Brave browser, a privacy-focused web browser that blocks ads and trackers by default. The BAT token is used as a form of compensation for users who choose to view ads within the browser and for publishers who create content that is viewed by users. BAT is a way to get paid for your attention when you are browsing the web. When you use the Brave browser, you can choose to see ads that are less intrusive and more relevant to you. If you choose to view these ads, you will be rewarded with BAT tokens. You can then use these tokens to support your favorite websites and content creators, or you can exchange them for other cryptocurrencies or cash.

The idea behind BAT is to create a more efficient and fair ecosystem for digital advertising, where users are rewarded for their attention and publishers are rewarded for creating quality content. This aims to reduce the dominance of large tech companies over the digital advertising space and empower users to have more control over their data and browsing experience.

Bitcoin (BTC) the first crypto giving it a huge market mover advantage, and is a digital currency that allows people to make transactions without the need for a middleman, like a bank. It uses complex mathematical algorithms and a public ledger called a blockchain to ensure that transactions are secure and accurate. Imagine you have a digital wallet, like a virtual piggy bank, where you keep your bitcoins. You can use these bitcoins to make purchases online or in-store at merchants that accept it, or you can send them to other people just like you would with cash or a bank transfer. The difference is that with Bitcoin, the transactions are recorded on a public ledger called a blockchain, this ensures that the bitcoins you have in your wallet are yours and no one else’s. Plus, it’s decentralized, meaning it’s not controlled by any government or institution. It’s similar to gold, but it’s all digital and it allows for faster and cheaper transactions. Because of it’s network effect, it’s still a must have crypto to own at this time.

ETH surprisingly isn’t pumping at much as the rest of the cryptos, but however has held it’s own pumping before when others dropped in prices, proving that it’s been a strong asset to hold during the bear market. Ethereum (ETH) is a blockchain-based platform that enables developers to build decentralized applications (dApps) and create smart contracts. Smart contracts are self-executing contracts with the terms of the agreement written directly into lines of code. Ethereum is like a digital playground where developers can create new online games, apps and services that are secured and run by a network of computers instead of a central company. It is like a digital “neighbourhood” where users can interact with each other and with the apps, and the network of computers makes sure that everything runs smoothly and securely.

What’s the difference between Bitcoin and Ethereum? Unlike Bitcoin, which is primarily used as a digital currency, Ethereum allows for more complex and interactive applications to be built on top of it using its smart contract functionality. Additionally, It also has its own cryptocurrency called Ether (ETH) that is used to pay for transactions and computational services on the Ethereum network. It’s used as a form of payment for developers to build their apps and smart contracts on the network, and also as a tradable cryptocurrency on various exchanges.